National Geographic has listed the Norwegian fjords as the world’s top tourist attraction. The coastal climate of Norway is exceptionally mild compared with the areas on similar latitude elsewhere in the world, with the Gulf Stream passing directly offshore the northern areas of the Atlantic coast. A photo trip in Norway is good choice. 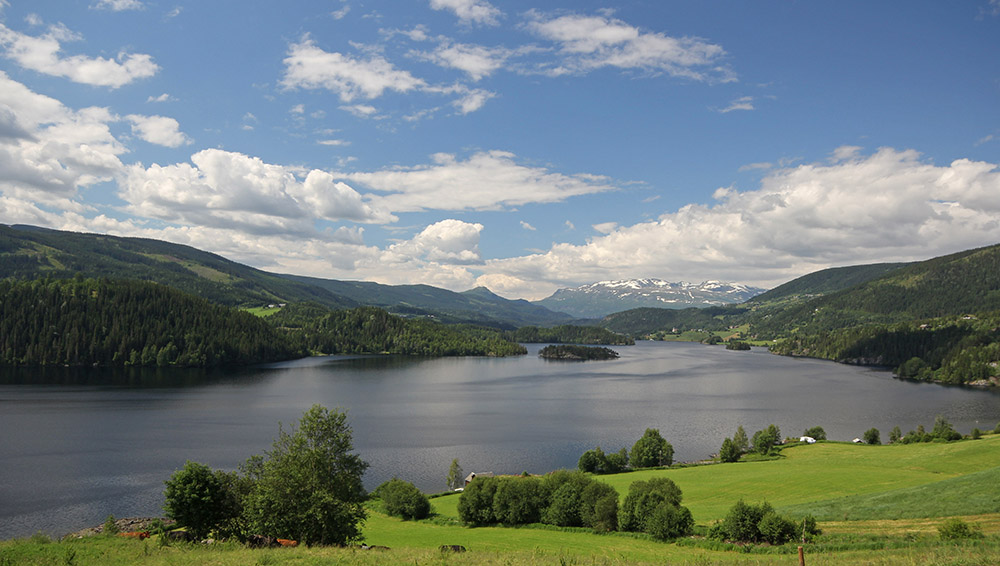 Norway has a population of about 5 million. The country has the fourth-highest per capita income in the world on the World Bank and IMF lists.

Driving is a great way to explore Norway outside major cities. General speed limit is 80 km/h (50 km/h in villages and towns) if otherwise not specified. Do not underestimate driving times/distances. It is very safe to drive and the rules are very strict. You will see many speed cameras along the way. There are pay roads and ferries during the road trip.

During my trip, I both experienced city life like Bergen and Oslo together with nature like Signofjorden and Geilo.

Day1: Oslo
Our hotel Comfort Hotel Express is located very close to main street Karl Johansgate, good price and clean rooms.
You can find many shops, cafes, restaurants around Karl Johansgate. One end is the main train station and the other end is the palace. No cars, only pedestrians.

If you pass the pedestrian bridge next to the main train station, you head to a very modern building at the sea side: The Oslo Opera House. It is opened in 2008. Designed by the Norwegian architect Snøhetta, you can walk on the roof and you can take photos from different angles graphically.

The most interesting and photographic location in Oslo is The Vigeland Park. This is the world’s largest sculpture park made by a single artist, The park is open to visitors all year round all the times.  The Vigeland Park was mainly completed between 1939 and 1949, there are more than 200 sculptures. The impressions on the faces and the dynamism on the bodies are amazing. Every sculpture, every face has an imaginary story. 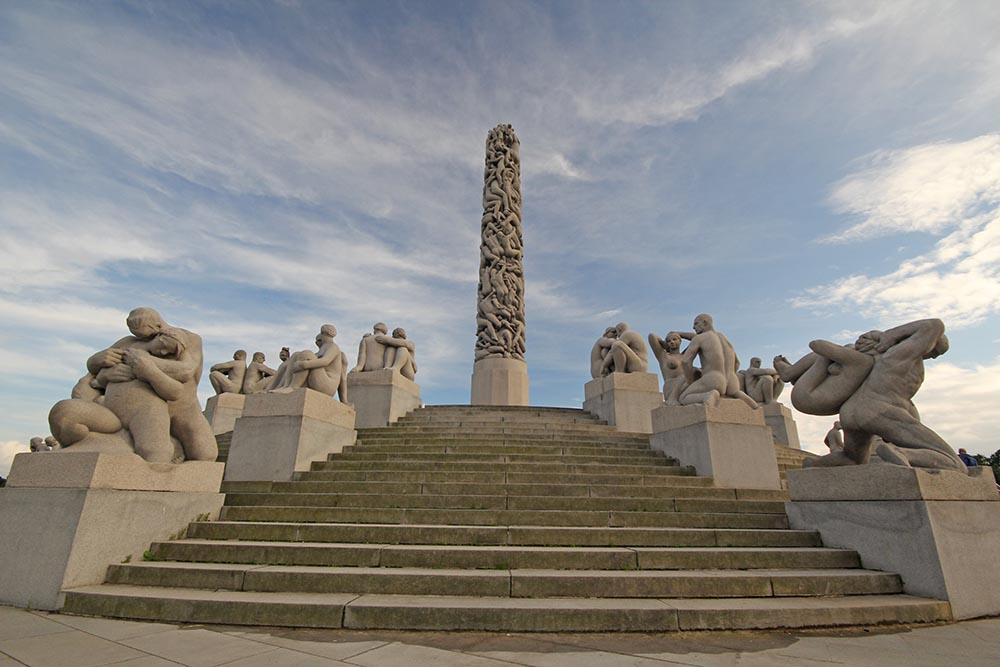 Our hotel is located at Balestard at Signofjorden,called Dragsvik Fjordhytter. There is amazing tranquility and view to the Fjorden. We have rented the private wood house (only one room with kitchen and bathroom) just next to the fjorden. There is terrace to sit out and enjoy the view. We were warned about mosquitos, but there were none.

Sognefjord is Norway’s longest and deepest; and the worlds third longest fjord.(204 km long) A fjord is formed by melting of ice and forms U-shaped valley.

Day3: Driving to Bergen
From Dragvsik down to Vangsnes, the ferry was staring at 11:00, therefore we preferred to save this time by driving west to Vadheim by RV55, this is also very narrow but adventurous road.
We passed the Sognefjorden by ferry Oppedal – Lavik and followed E39 until Bergen.

Bergen – Fish Market (Torget i Bergen )
The market has fish (both raw and cooked), fruit, vegetables, handicrafts and souvenirs. You can buy food and eat by the waterfront next to the stands at the Fish Market or at Bryggen (next to the Fish Market).
When you visit Bergen, make sure to drop by Bryggen most photographed area. This is part of trading empire from the 14th to the mid-16th century. It is included on Unesco´s Wold Heritage List in 1979. Today, some 62 buildings remain of this former townscape. 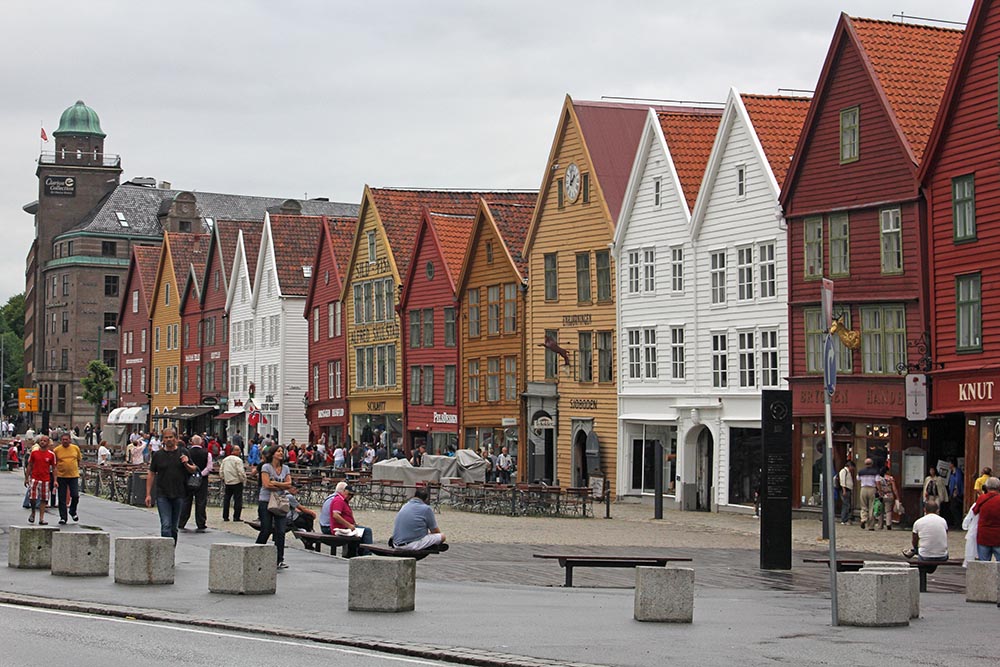 Due to limited time, we did not have the chance to visit the Mount Floyen and the Funicular (Floybanen)” ount Floyen and the Funicular (Floybanen). The weather (rainy with white sky) was also not the best to photography Bergen from this mountain.
I have a reason to go back to Norway again, mainly for Geiranger, Jotunheim and Stavanger. Since we had only 3 days, we had no time to see those places.
We did not plan to stay in Bergen, because we thought we have to drive at least half way back to Oslo. We booked a hotel at Geilo. It is always an adventure to see a new place, so I am excited to drive approximately 300 km more, 4 hours. Since the roads are narrow and curvy, it takes longer time to drive in Norway than expected. Keep in mind the latest ferry times as well.
First we started to drive E16, there were two nice waterfalls on the way, however it was late to stop. (Also the light was not good anymore for photography). We drove to Geilo via Gol passing high mountains with snow. We have seen snow next to the road, really snow in July ! 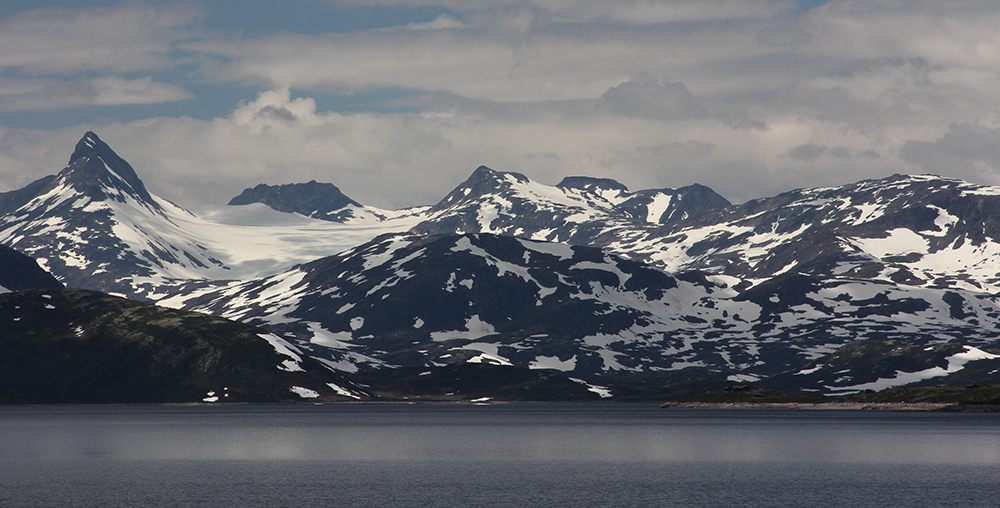 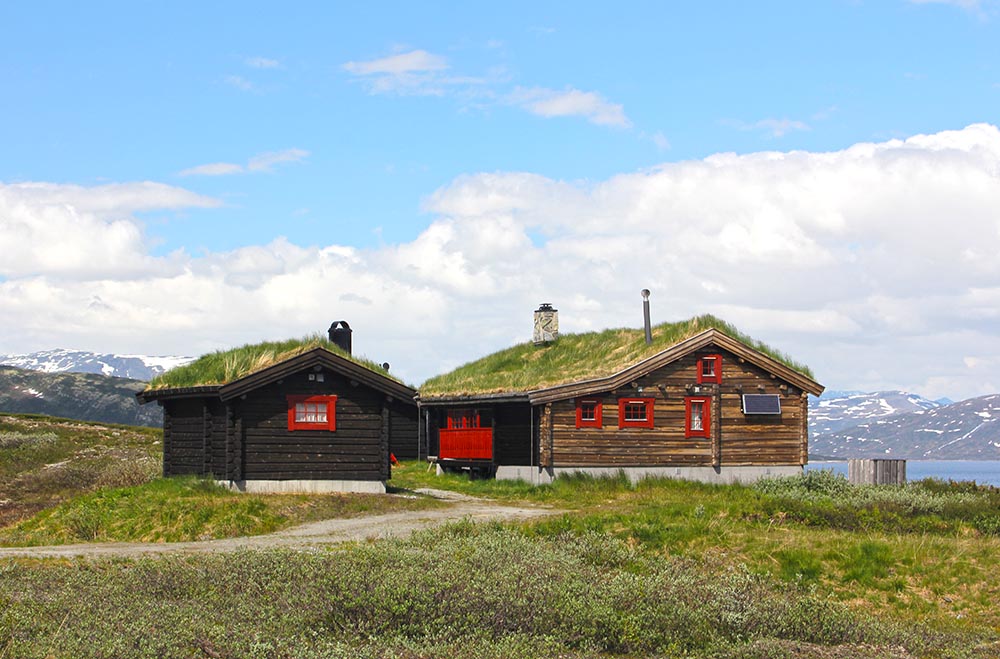 Day4: Return to Oslo
Wake up in the fresh mountain hotel, have a short walk and head back to Oslo.