South east of Spain is a perfect travel destination for history and relaxation. Alicante has a mild climate, sunny days and sand beaches.

We travelled beginning of November. Day time was around 23 degrees and same temperature in the sea, nice to swim. The locals are very friendly and food is delicious. Just great! 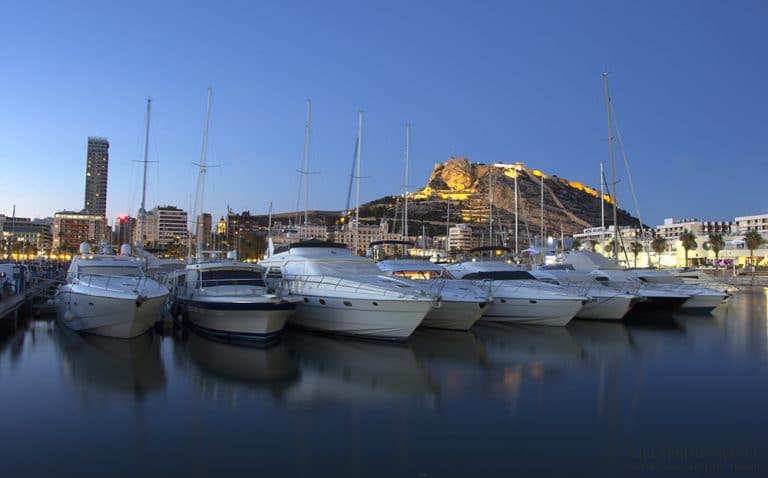 The international airport is near to city. Taxi is the best option, takes only 15 minutes and around 20 Euros.

Our preference is to stay at our apartment, sea and Playa del Postiguet view. It is walking distance to old town and Explanada de Espana, 10 minutes. 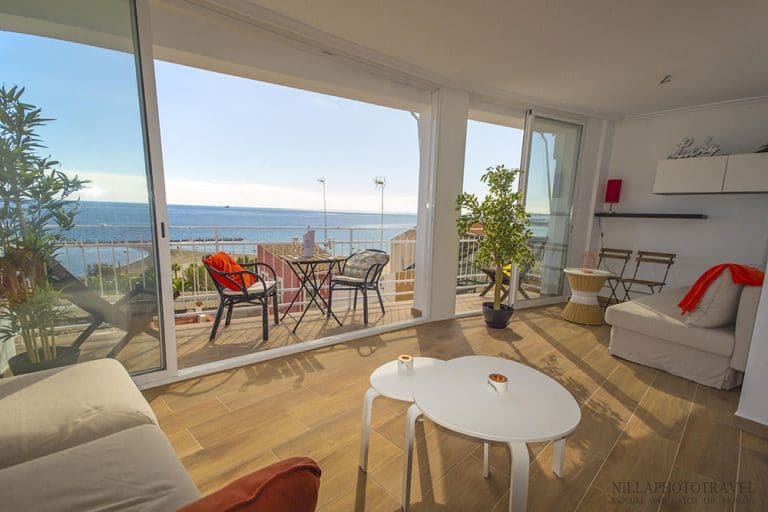 Playa del Postiguet is a sand beach in the city next to Mount Benacantil, Santa Barbara castle. Best way to start the day is to take a walk at the beach just in front of the apartment. 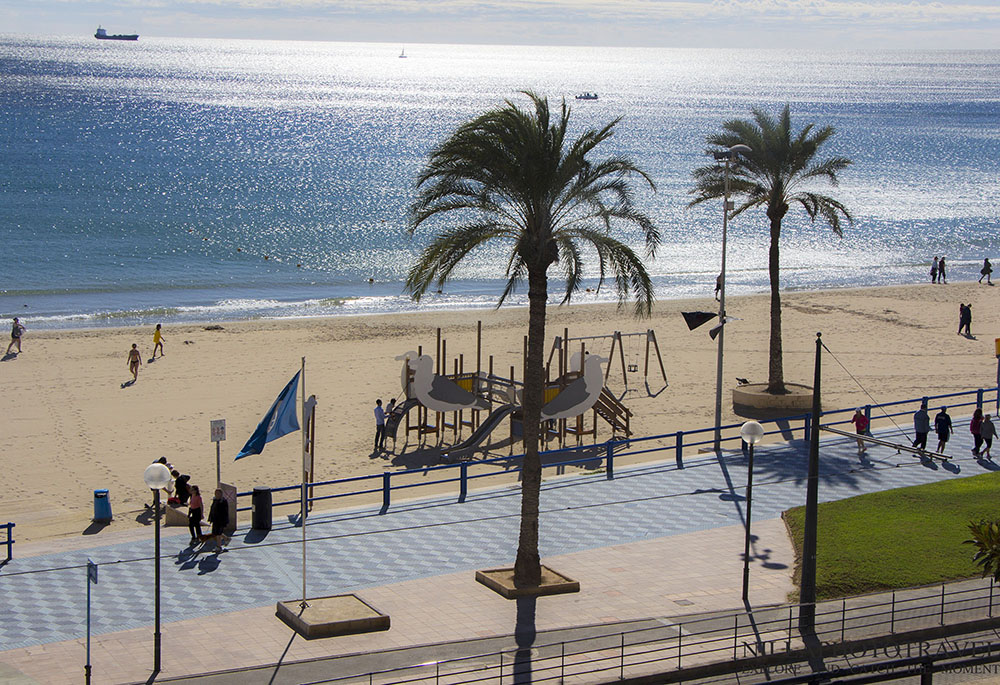 In November, the sea was clean and there were not so many people in the beach. I image it can be crowded during summer season. It is more recommended to swim at San Juan beach during high season. You can go to this beach by a tram and only 20 minutes away from Alicante city. (10 kms away)
Another option during the summer time is to take a boat from marina and go to an island, Isla Tabarca. The population here is around 80, more busy in summer time. The island is 1800 meters long.
The boat leaves from opposite the Explanada de Espana, you can also reach this island by the boats from Santa Pole, Torrevija and Benidorm.

Old town
The area around Alicante has been inhabited for over 7000 years. The historical name in Greek means “White Mountain”. Later after the Romans, there was Arab conquest, and the name of Alicante was “city of lights”. 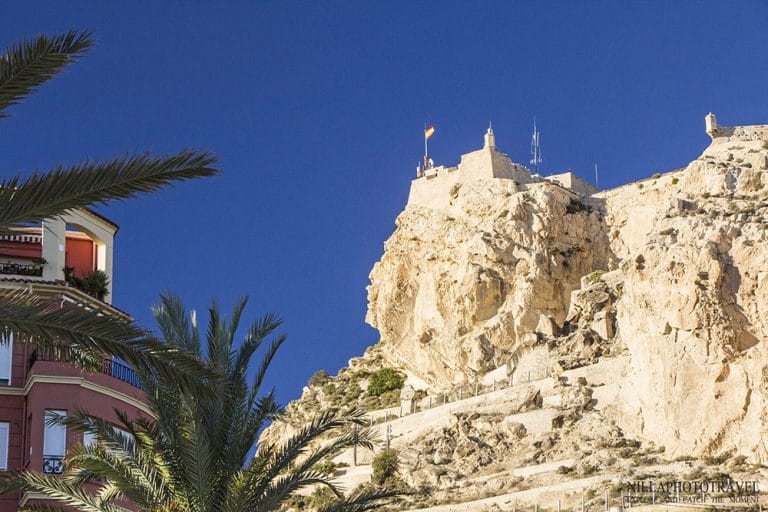 In the old town, the first sight is “Ayuntamiento”, the City Hall. It was built at 18th century as baroque palace. On Sundays, there is an antique market in the square “Plaza de Ayuntamento” 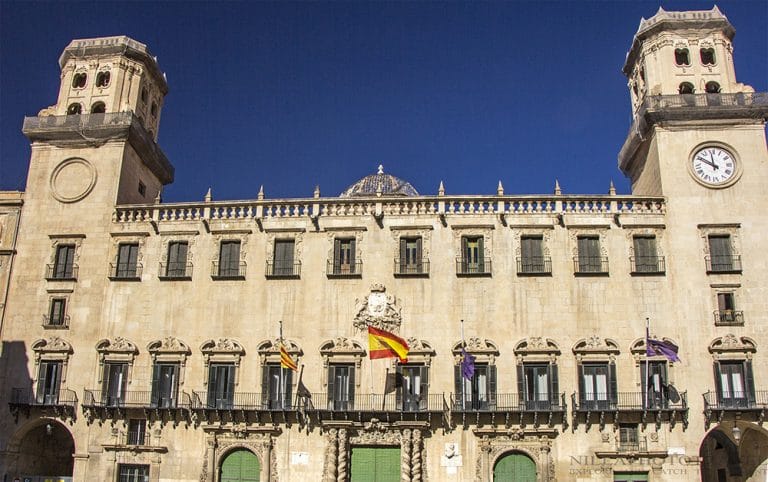 In the old town, you will also see Santa Maria Basilica and San Nicholas Cathedral which has a blue dome. 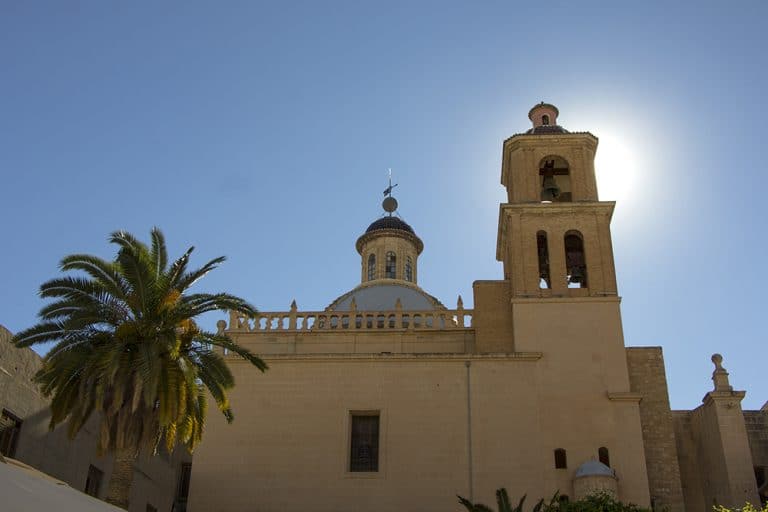 Santa Barbara Castle
Located on the top of Mount Benacantil, with a height of 166 meter, this castle is one of the largest medieval fortresses in Spain. It has arabic origin, also used as prison during Spanish civil war.
Opening hours: summer time from 10 am to 10 pm, winter times from 10 am to 8 pm. One option is to take the lift from opposite of Playa del Postiguet. (Around 2,5 Euro per person)
El macho area on the top of the castle has 360 degree city view 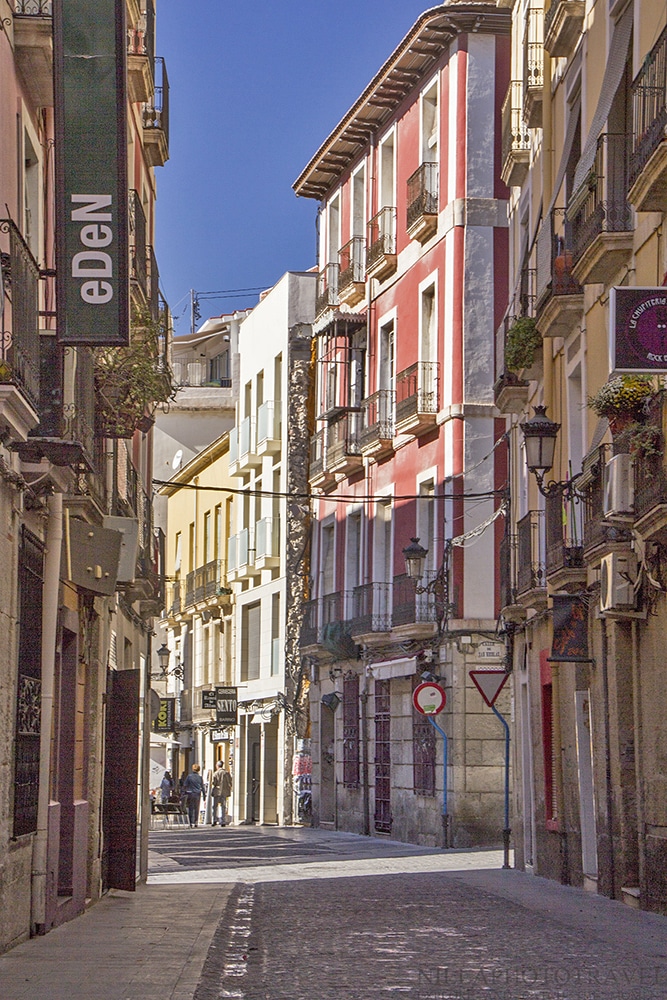 If you take the lift to the castle, the best is to walk down after you visit the castle. At the entrance of the castle, you can follow the western walls that leads to Park Ereta. Colourful houses in this area is worth to visit, you will have very good photographs in these narrow and colorful streets. 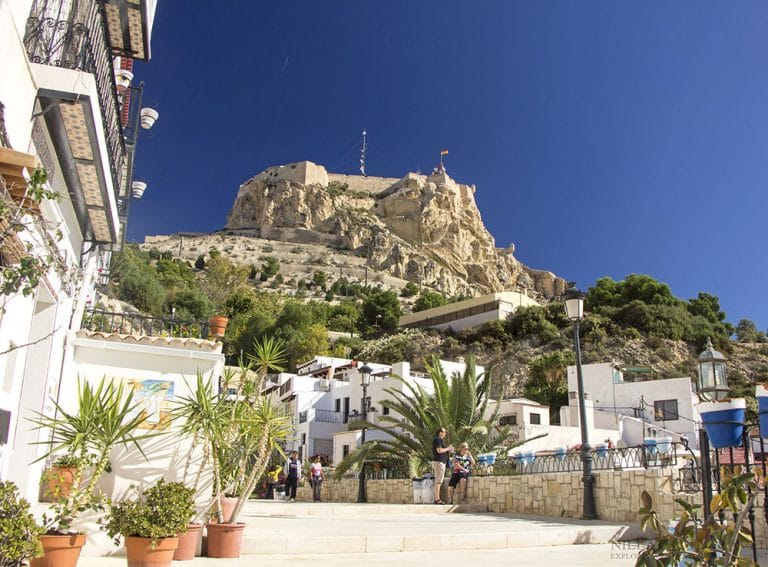 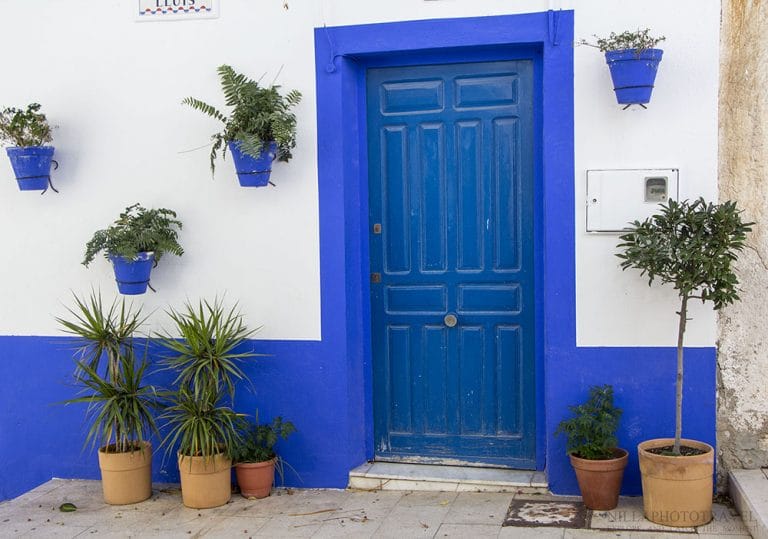 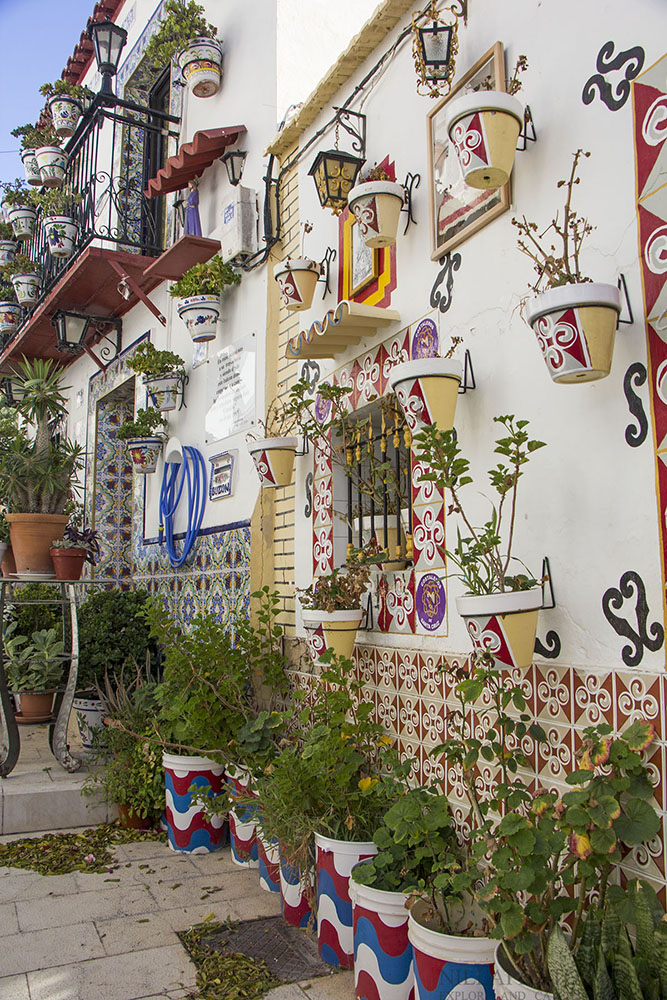 Explanada de Espana
The most popular pictures are from this walking street, have palm trees in both sides. The floor is decorated with marbles with a wave effect. 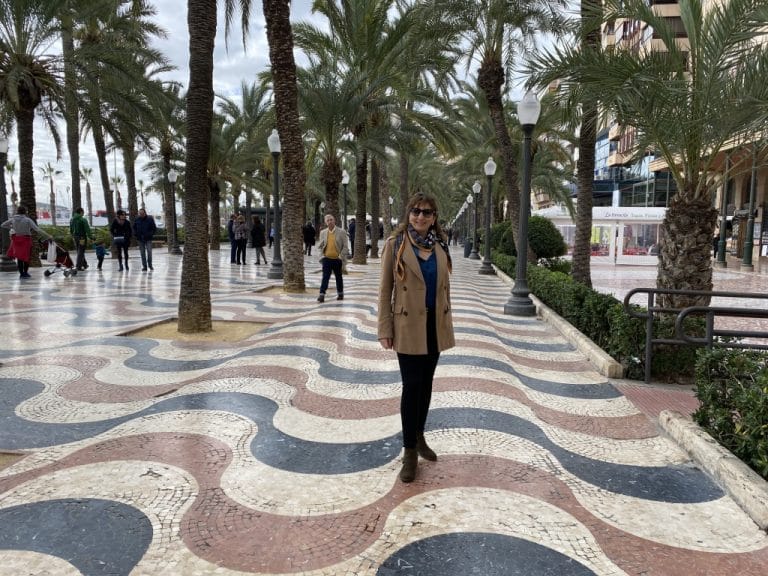 After Rambla street, there is a park with old trees. Heading to mushroom street, with nice mushroom sculptures in the walking street. 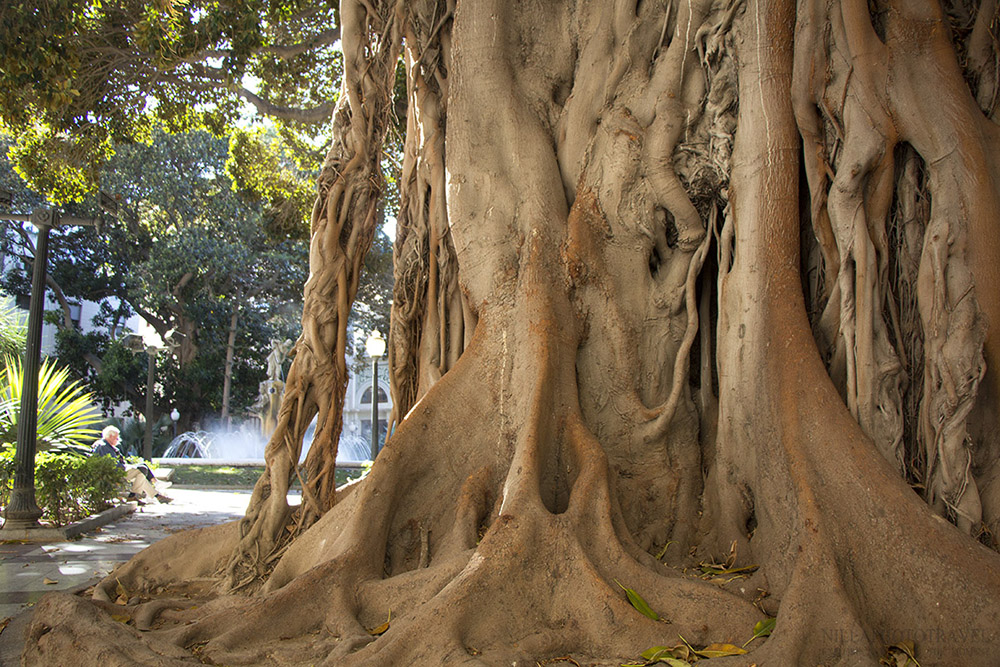 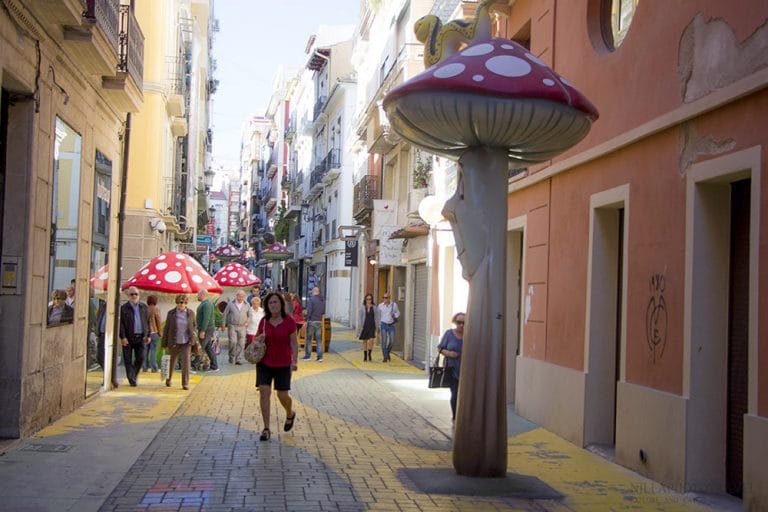 The best location to have an afternoon drink, sangria or a cocktail is Soho Mar. This place has outdoor tables at the harborside. Sunset with a chill out music is the best here. Behind the casino, there are bars and night clubs, lively until the mornings. 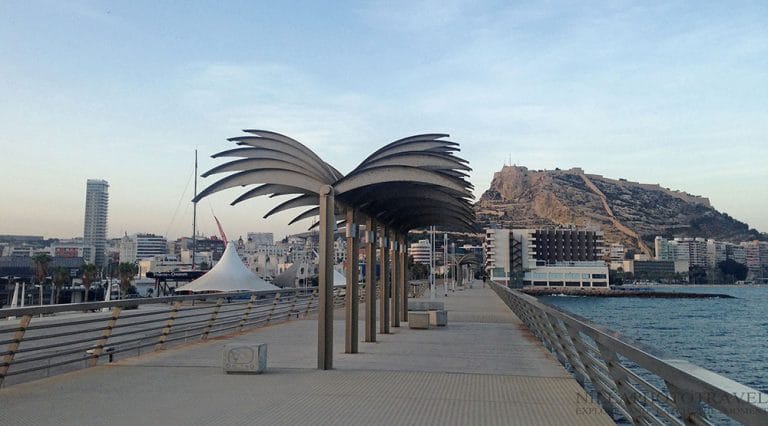 Shopping
The main shopping street: Alfonso X El Sabio. In the beginning of this street there is central market “Mercado Central”. Here locals do the fish, meat or vegetable shopping, open in early mornings, closed around 14:00. 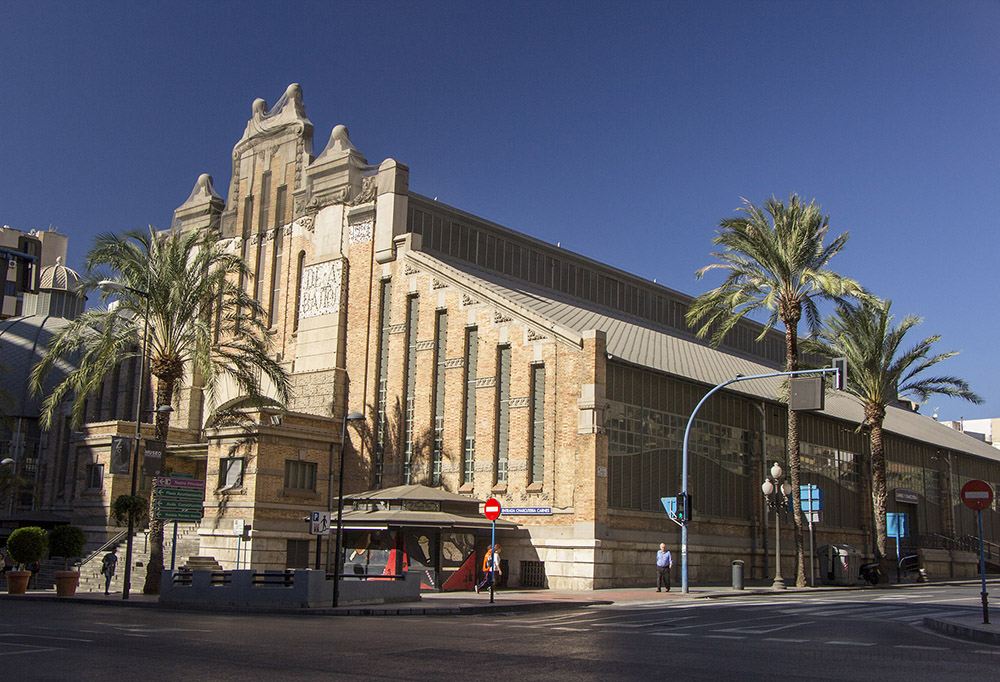 In Spain, you must always keep in mind the “siesta times”, mainly between 14:00 – 17:00, the stores are closed, especially in small towns.

Gastronomy
Mediterranean cuisine, fresh fish and seafood and tasty wine.
The most popular dish is paella, rice dish with different options either chicken or sea food. (Cost around 13 Euro per person, often requires min 2 people to order)
The fish restaurants at marina are quite nice, recommendable.

Best is to discover Alicante on foot, but other option is take the Bus Tours: Turibus. (Hop on-hop off).
It costs 10 Euros per person and leaves every hour from Plaza Purta del Mar, to Santa Barbara castle, Ayuntamiento, Mercado central, Plaza de Luceros, Volvo Ocean Museum and back to Plaza Purta de Mar. The tour takes around 50 minutes. 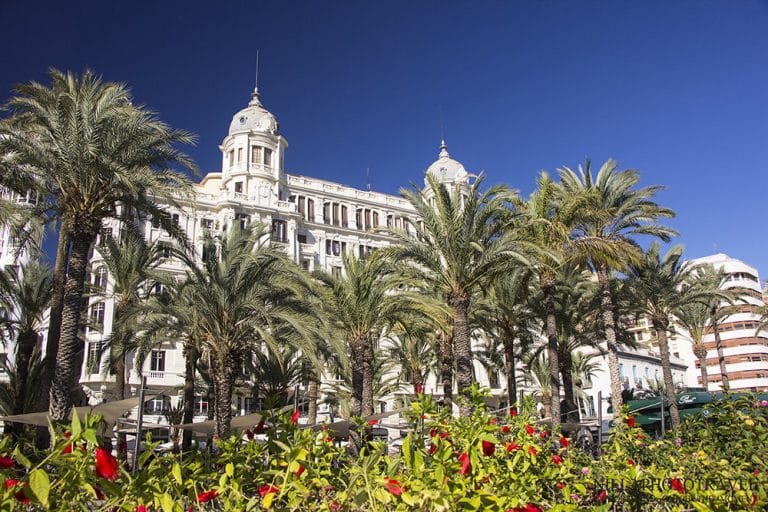