Elegant holiday destination with stylish boutique hotels, busy walking streets, nice restaurants and bars, lively in the night. Alaçatı is one of the world’s most important windsurf centres. 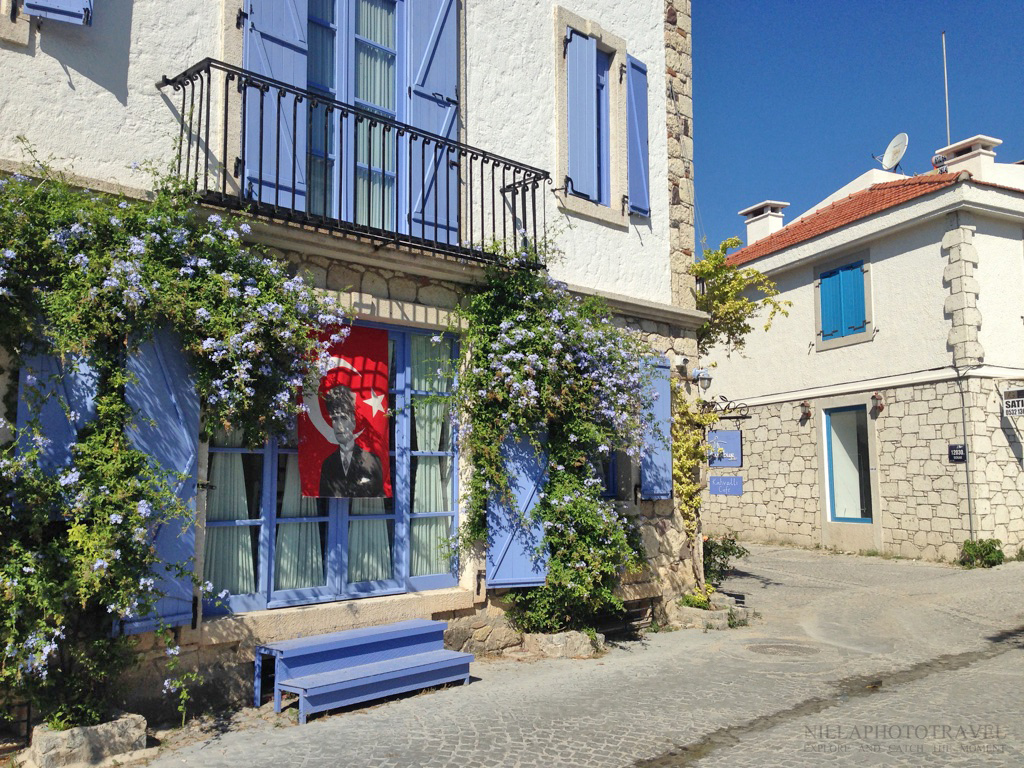 Things to do in Alacati

• Walk on the cobblestone narrow streets and watch the local stone houses from 100-150 years
• Walk around Haci Memis and dine at the trendy restaurant here
• Stay in the boutique hotels, perfectly decorated and gives you home feeling
• Eat dinner at the restaurants with tables on the streets and taste the best Aegean dishes
• Taste mastic jam and mastic cookie (also popular at Chios Island of Greece very near to Cesme)
• Go to windsurfing beach, 5 minutes driving or biking. Alaçatı recently has made a name for hosting international windsurfing championships and tournaments and world’s most known windsurfing tournament PWA (July and August)
• Visit Alaçatı yacht marina and the famous Port Alaçatı development, created by the French architect Francois Spoerry and his son, Yves Spoerry. ( just next to Surfing bay)
• Swim in clearest waters of Aegean Sea and visit most popular Beach Clubs in the area (Spiaggia Grande is popular in summer 2018)
• Visit Alacati herb festival in April: nature friendly products from the region 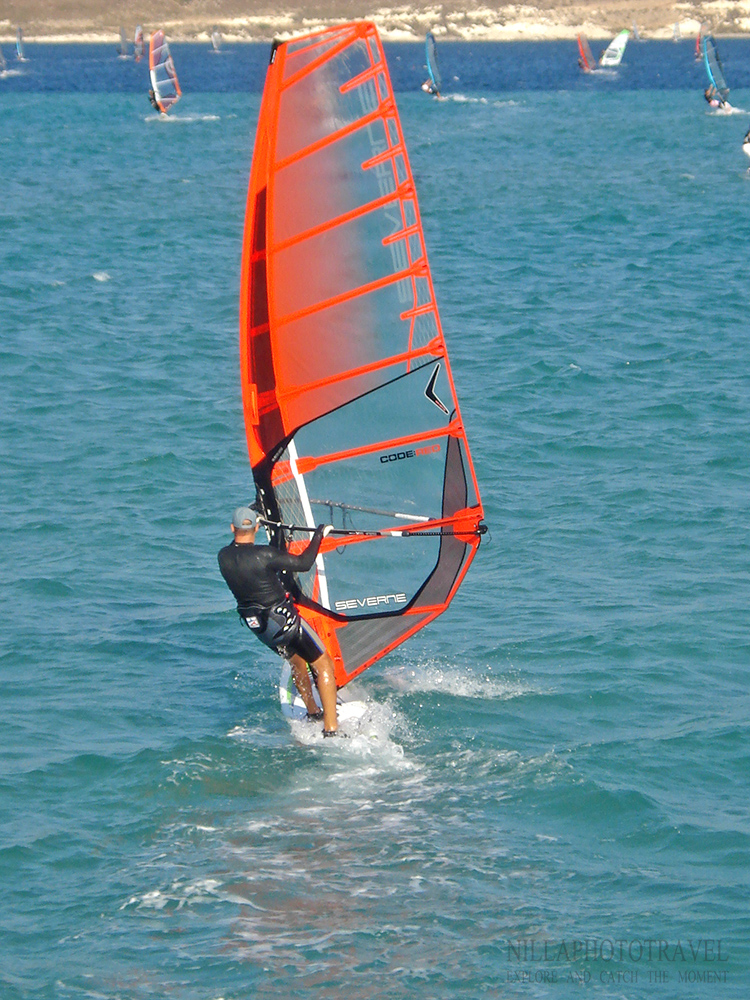 Name of Alacati
Some sources claim that the name of the city have its origin from the ancient Greek word ἅλς (als). Another claim is based on a story, that the ruler of Alaçatı had a red horse to ride. When riding the horse, bystanders would refer to him as “Alacaatlı (the man with the red horse)”, in time the name was somehow changed to Alaçatı. Some resources claim that the name “Ala çatı” (Iridescent Roof) derives from strong winds causing laundries to fly away and land on neighbour houses.

History
Alaçatı became an Ottoman town around 14th century. The majority of the population was Greeks in the 17th century.

One of the most important historical persons effecting Alaçatı is Hacı (pilgrim) Memiş Ağa. (Today name given to a street and a mosque). He was the grandson of an Ottoman councilman. Hacı Memiş Ağa is known to be the person who opened the canal to the Alacati harbour, and saved his people from malaria. (Bu drying the swamp area). He invited Greek inhabitants from Chios island as workers. Later, they stayed here and they got land to plant on them. Today’s Alaçatı, the “new village” of those days was founded a few kilometres from the sea… The stone-houses of Alaçatı, subject to our admiration today were built by those Chios island Greeks in the period between 1850-1902.

The New Greek inhabitants of Alaçatı, built vineyards and olive trees with the help of the climate and the soil. Within a short time the peninsula was covered with vineyards, olive and resin trees… The new Alaçatı residents started to export olive oil, and olives.

The Greek population of Alaçatı was forced to leave in 1914 and the village was emptied. Some of the Greek population returned in 1919 during Greek administration of Smyrna (1919-1922) when the Hellenic Army occupied the region of Izmir.
In 1923, according to the implementation of the compulsory exchange of populations, Muslims who lived in Crete, Thrace, Macedonia and Dodecanese settled in Alacati.

The Muslim Turks coming from the Balkans had no knowledge about winemaking, so they removed the wine yards and started to do what they knew. But the climate isn’t the best for neither, breeding or tobacco… Tobacco planted, cropped and sorted with great efforts won’t pay well, they could barely feed their families.

Architecture
Alaçatı has stone houses with coloured windows and narrow streets with pavements. The centre of Alaçatı has Ottoman houses, which were taken from their Greek owners over 100 years ago. The houses can be differentiated whether they were Greek houses by looking if they have an additional enclosed balcony area, alcove window or ‘cumba’ in Turkish. Typically, enclosed cumba balconies are painted by lilac or pale blue colours. 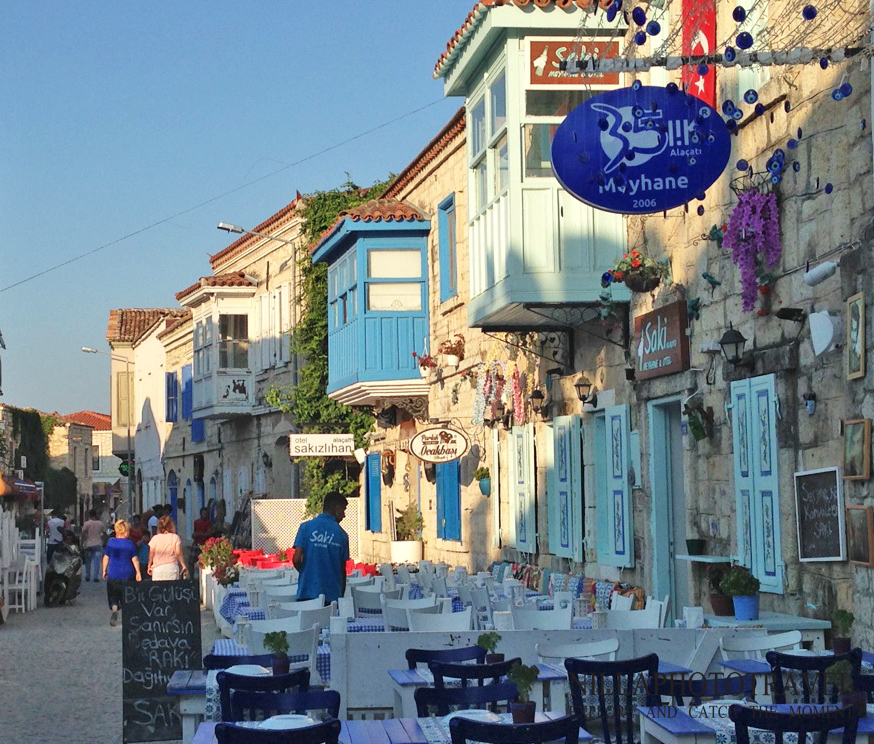 The houses built between the end of the 19th and the beginning of the 20th century have all the same characteristics; built in the south-north direction with the smallest possible exposure to the sun, to keep the unbearable heat out during the summer season. These are houses which invite the fortune-bringing wind inside… Because they are structured to dry their grapes on their roofs and store their precious olive oils and wines in their cellars, ventilating them with those winds… 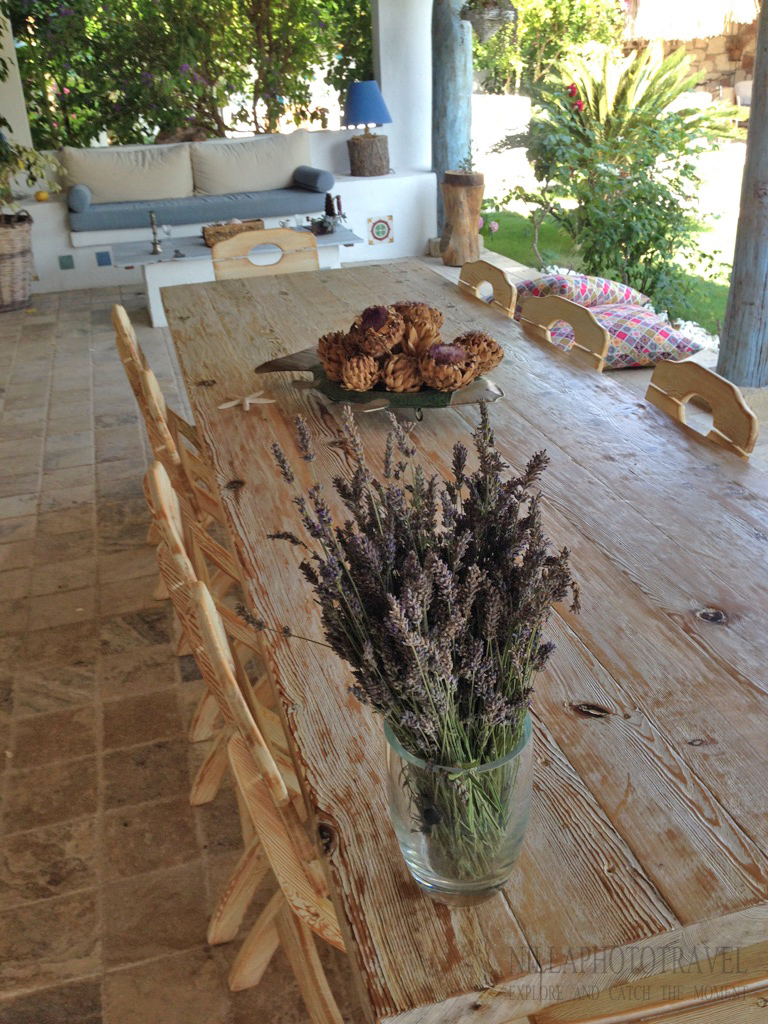 Around 1990s, it’s lavender and resin smelling cool stone houses starts to change with the discovery of the town by windsurf enthusiasts. All buildings in the area are transformed to stone houses with harmony. Family owned small places give you home feeling with great hospitality. And remember the great Turkish breakfast:) 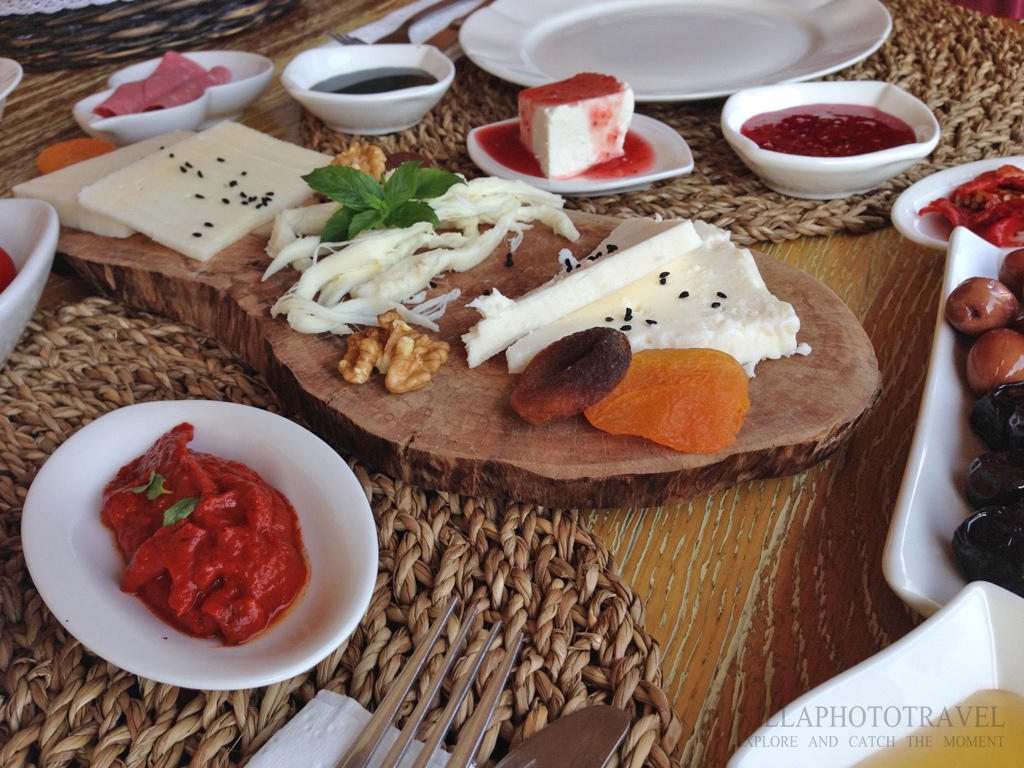 The town was declared as a historical site in 2005, the buildings are well protected. The newly built houses refer to the past architectural principles of the Ottoman houses of the agora of Alaçati.